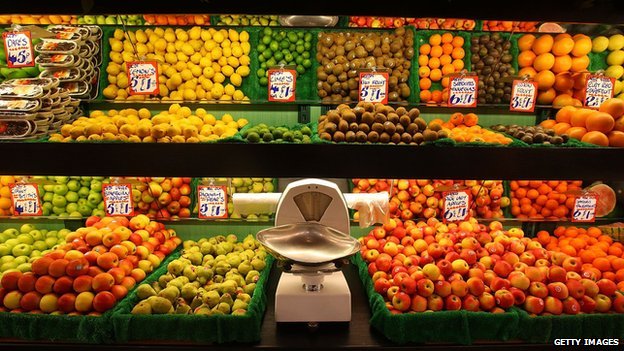 Eating seven or more portions of fruit and vegetables a day is healthier than the minimum five currently recommended and would prolong lives, experts say.

A study of 65,226 men and women indicated the more fruit and vegetables people ate, the less likely they were to die - at any given age.

Seven a day cut the risk of dying from cancer and heart disease.

But the government says its "five-a-day" advice is sufficient and that many of us struggle to achieve even this.

Experts said other lifestyle factors, such as not smoking or drinking excessively, may have accounted for the drop in mortality, although the study authors said they had tried to account for this.

The University College London researchers used the Health Survey for England, which collects data from people in England each year through questionnaires and nurse visits, to look at diet and lifestyle.

They analysed data between 2001 and 2008, which provided a snapshot rather than people's continuing dietary habits.

The study looked at general mortality as well as death from cancer, heart disease and stroke, and found risk of premature death from any cause decreased as fruit and veg consumption increased.

Risk of death by any cause over the course of the study was reduced by 42% for seven or more portions of fruit and veg (up to around 10 portions a day).

Fresh vegetables had the strongest protective effect, followed by salad and then fruit.

Fruit juice conferred no benefit, while canned fruit appeared to increase the risk of death - possibly because it is stored in sugary syrup, say the researchers.

Lead investigator Dr Oyinlola Oyebode said: "The clear message here is that the more fruit and vegetables you eat, the less likely you are to die - at any age."

She said the size of the effect was "staggering", but added that eating a few portions a day was still better than nothing. 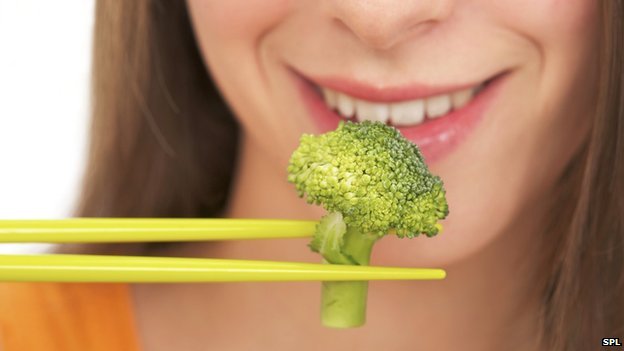 Fresh vegetables appeared to offer the most protection
Jump media player
Media player help
Out of media player. Press enter to return or tab to continue.

Fruit and vegetables could have a protective effect against disease as they contained antioxidants, which repair damage to cells, she said.

The clear message here is that the more fruit and vegetables you eat, the less likely you are to die at any age”

Dr Oyebode added that both fruit and vegetables contained micronutrients and fibre, both of which are good for health.

But some experts said the work was not conclusive and that other lifestyle factors may have influenced the results.She said a "portion" meant about 80g (3oz), meaning "one large fruit or a handful of smaller fruit or veg".

Prof Tom Sanders, at the School of Medicine, King's College London, said it was "already known" that people who said they ate lots of fruit and vegetables were health conscious, educated and better-off, which could account for the drop in risk.

"You cannot extrapolate from this kind of information to make sensible pronouncements about what people should eat."

Prof Naveed Sattar, of the University of Glasgow, said promoting a seven-a-day message would be "really challenging".

"It would require governmental support such as subsidising the cost of fruit and vegetables, perhaps by taxing sugar-rich foods, and making available high quality products to all in society," he said.

Dr Alison Tedstone, of Public Health England, said the study was "interesting" but it seemed "premature" to raise the recommended fruit and veg intake because two thirds of people were not eating five or more portions a day.

She said people "tend to understand this five-a-day message", adding: "I think we should keep it simple and stay as we are."

"We are working very hard to improve the availability of fruit and vegetables, as we see it as absolutely integral to somebody's health to choose those five a day," she said. 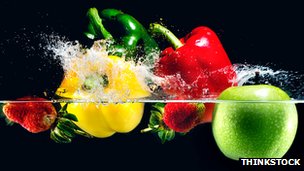 Victoria Taylor, senior dietician at the British Heart Foundation, said people were still struggling to meet the existing target of at least five a day.

"While you may not be getting your five a day, there's no reason to give up and stop trying as this study showed there were health benefits for every extra portion of fruit and veg people ate," she said.

In Australia, the government's advice is "two plus five" a day - encouraging people to eat two helpings of fruit and five portions of vegetables. 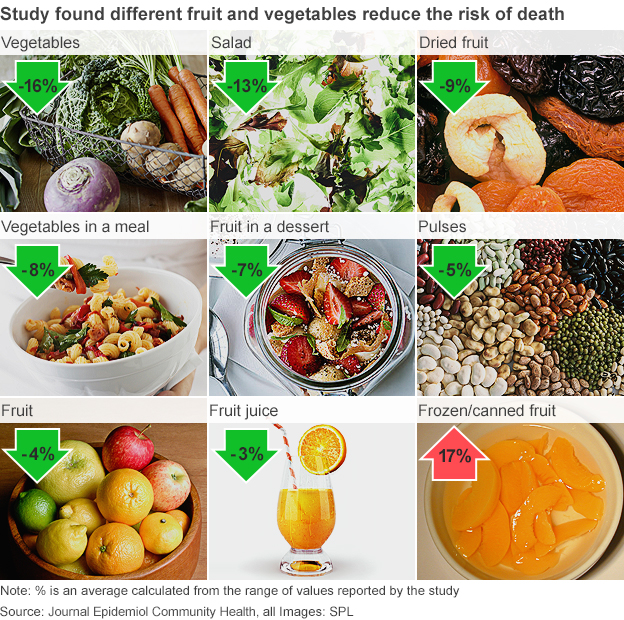