The Worst Snacks for Your Body

To snack or not to snack? That depends on the snack. Done the right way (calorie-controlled, nutrient-rich), snacking can keep cravings in check and up the nutritional quality of your diet. But all too often some of the most common snacks-even the ones that seem healthy-are filled with salt, sugar, excess calories, and even harmful chemicals, according to Tiffany Jackson, ND, and Kate Kennedy, RD, practitioners at Cenegenics Carolinas, an age-management medical practice in Charleston, South Carolina. Here, they share the 5 worst snacks for your health: 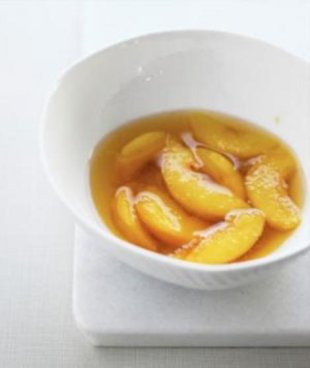 Canned fruit, on the other hand, has had its flavor bolstered by sweeteners so there's no need to use the most flavorful fruit, which is also the most nutrient-dense. Even worse, notes Jackson, the cans are often lined with a toxic chemical that acts as a preservative.

Potato chips2. Potato chips: This is a triple threat snack if there ever was one. Not only are potato chips high in fat , calories, and sodium (threat No. 1), they are a high glycemic vegetable (threat No. 2), which can spike blood sugar. And finally (threat No. 3), when potatoes are heated to a high temperature, they release acrylamide, a harmful chemical associated with nerve damage. And no, you can't eat just one.

Rice cakes3. Rice cakes: Rice cakes, while blandly low in calories, are made from processed white rice, which is high in blood-sugar spiking carbohydrates. Plus, many come with flavorings that are loaded with sugar and salt. So even if your net calories are low, munching on these nutrient-void disks is about as healthy (and tasty) as eating Styrofoam packing peanuts.

Blueberry muffins4. Blueberry muffins: Or, as Kennedy calls them, "sugar-laden calorie bombs." This popular muffin's still fools even health savvy people, thanks to its promise of fruit and the fact that, despite the artificial flavorings, added sugars, and ridiculous portion sizes, they just sound wholesome and harmless. Unless you made the muffin yourself, steer clear (and even then it's better as a treat than an everyday snack). 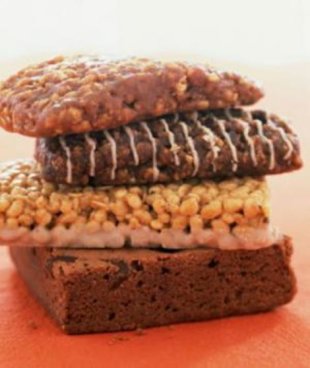 Granola bars5. Granola bars: Part of the problem with granola bars is their sheer ubiquity as an afternoon snack-and the organic promise that is on so many of these bars' labels. Nearly all of them are loaded with processed carbs, dried fruit (which is high in sugar), and held together with even more sugar in the form of honey or even the health-nut favorite agave . Plus, they don't contain much in the way of filling fiber and are often loaded with calories. Save them for the 10-mile hike.