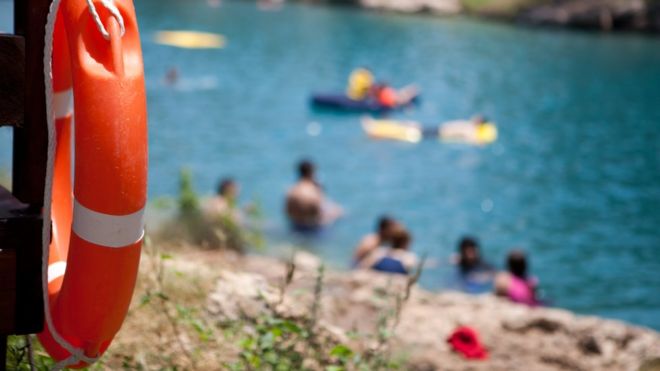 Swimming in the sea substantially increases the chance of developing stomach bugs, ear aches and other illnesses, researchers have found.

The University of Exeter Medical School and Centre for Ecology and Hydrology carried out the study.

It concluded, compared to non-sea swimmers, the likelihood of developing an earache increases by 77% and for a gastrointestinal illness rises by 29%.

As well as swimming, the risks also apply to water sports, such as surfing.

Researchers reviewed 19 studies linking sea bathing to illness from the UK, US, Australia, New Zealand, Denmark and Norway. They analysed results from more than 120,000 people.

"In high-income countries like the UK, there is a perception that there is little risk to health of spending time in the sea," said Dr Anne Leonard.

"However, our paper shows that spending time in the sea does increase the probability of developing illnesses, such as ear ailments and problems involving the digestive system, such as stomach ache and diarrhoea.

"We think that this indicates that pollution is still an issue affecting swimmers in some of the world's richest countries."