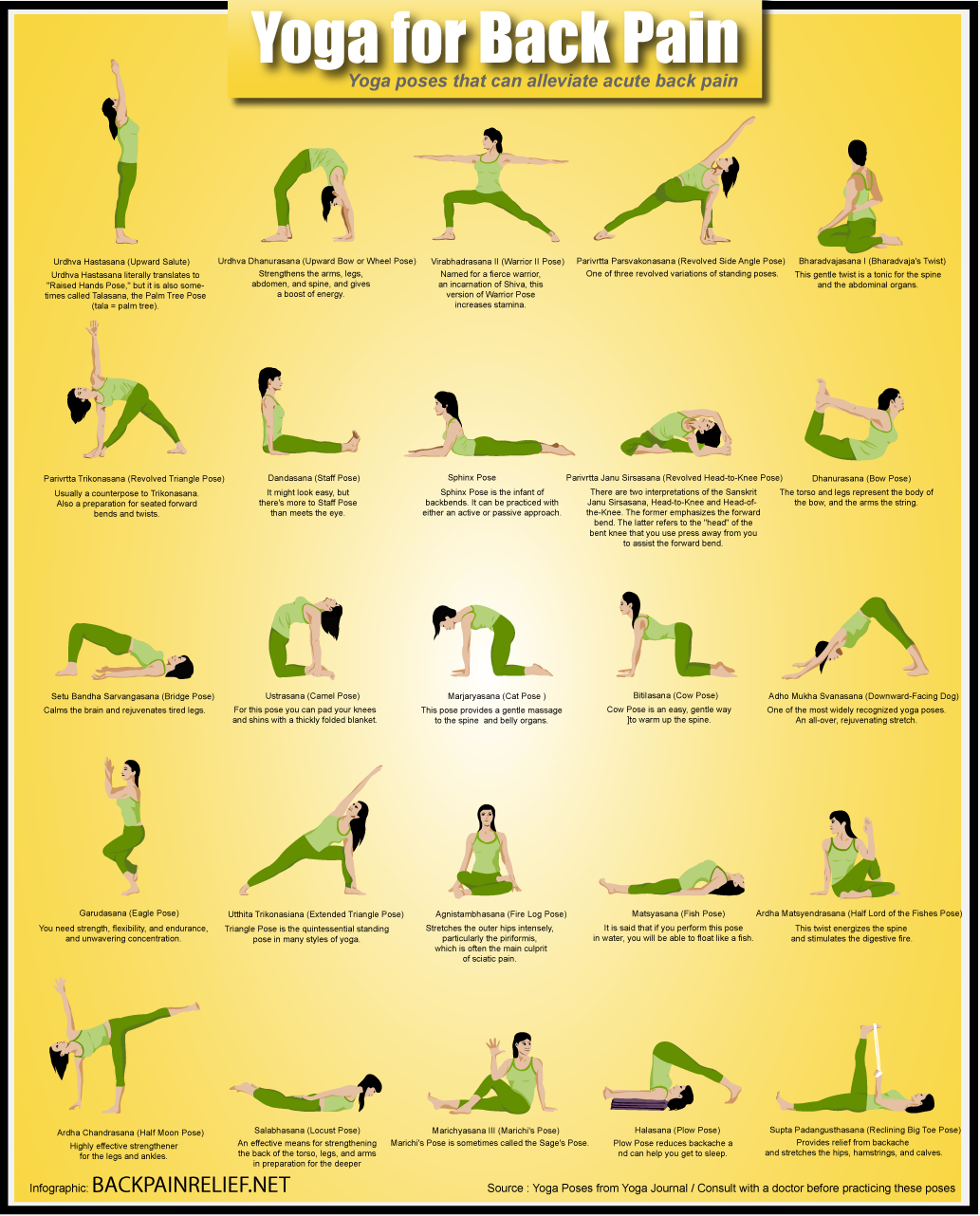 Yoga For Back Pain: Yoga Poses That Can Alleviate Acute Back Pain

– Urdhva Dhanurasana (Upward Bow or Wheel Pose). Strengthens the arms, legs, abdomen, and spine, and gives a boost of energy.

– Bharadvajasana I (Bharadvaja’s Twist). This gentle twist is a tonic for the spine and the abdominal organs.

– Dandasana (Staff Pose). It might look easy, but there’s more to Staff Pose than meets the eye.

– Sphinx Pose. Sphinx Pose is the infant of backbends, It can be p?acticed with either an active or passive approach.

the “head” of the bent knee that you use press away from you to assist the forward bend.

– Dhanurasana (Bow Pose). The torso and legs represent the body of the bow, and the arms the string.

– Ustrasana (Camel Pose). For this pose you can pad your knees and skins with a thickly folded blanket.

– Marjaryasana (Cat Pose). This pose provides a gentle massage to the spine and belly organs.

– Bitilasana (Cow Pose). Cow Pose is an easy, gentle way to warm up the spine.

– Matsyasana (Fish Pose). It is said that if you perform this pose in water, you will be able to float like a fish.

– Ardha matsyendrasana (half lord of the Fishes Pose). This twist energized the spine and stimulates the digestive fire.

– Ardha Chandrasana (Half Moon Pose). Highly effective strengthener for the legs and ankles.

– Salabhasana (Locust Pose). An effective means for strengthening the back of the torse, legs, and arms in preparation for the deeper.

– Halasana (Plow Pose). Plow Pose reduces backache and can help you get to sleep.

Source: Yoga Poses from Yoga Journal; Consult with a doctor before practicing these poses.